“Can I get a sample design?” is a question that prospective clients often ask their designers. It is a question that can easily annoy a designer, so if you plan on asking it, please be aware that you might, however inadvertently, cause offence.

Don’t worry, it’s actually been a long time since I was annoyed by it. I think it can be quite understandable that a client would want to see a sample before committing time and money to a project. After all, it can be scary hiring a new designer, especially as design is so subjective. You can’t help thinking “What if I don’t like it?”

But that’s exactly why the answer should be no. Let’s take a closer look:

You might think that designing a logo looks easy. Think of the Nike logo – that’s just a simple swoosh. Surely that’s one on those occasions when a designer just did a quick doodle on a napkin and job done?

‘Fraid not. The Nike logo actually took over 17 hours of work to get it just right. Yep, over 17 hours for a simple swoosh. But worth every minute since Nike is now one of the world’s most recognisable brands in the world.

So you see, quality design takes a fair bit of time. Before a designer even picks up a pen to work on ideas, they need to research your business and target market to get a good understanding of what you need.

Quality design takes time; you don’t just scribble out an idea on a napkin and call it done

Then they might need to sketch out loads of ideas before finding one or more that could work for your business – for each logo I design I usually end up with a minimum of 3 A4 sheets covered in ideas to make sure I get 2 or 3 worth pursuing further.

That means it’s highly unlikely that your free sample was whipped up in 10 minutes. And even if it has been, it will probably be a very superficial design and not at all representative of the normal quality of the designer’s work.

It probably won’t even be the best solution for your logo. Apparently Nike originally wanted a shoe as part of the logo – just think how different things could be if they had gone with their first idea rather than the swoosh.

So to get a good quality and appropriate design for your logo, your designer might spend anything from several hours to several days creating a sample for you. If you don’t like that sample then you won’t want to pay the designer, and that means they’ve just lost hours or days with nothing to show for it. They can’t get that time back once they’ve spent it on your sample.

Even worse, you hear horror stories about unscrupulous clients who take the free sample and use it without ever paying the designer. No designer wants to find themselves in that situation, so it’s usually safer to refuse to do a free sample, just in case.

What to do instead

When choosing a designer, instead of asking for samples ask for recommendations. Think of your fellow business-owner chums and ask who did their branding. If they were happy with their designer they’ll be happy to refer you to them.

Instead of asking designers for samples, get recommendations and check out their portfolios

And be sure to check out the portfolio of anyone you’re considering hiring. If you like their style it’s a good sign that you’ll like the work they create for you and if you don’t like the work they’ve done before there’s no point in hiring them anyway.

However, if you desperately want to see a sample before committing to a full project, why not consider it as a mini or tester project and pay the designer to create the sample. That could be just the initial logo concept/s, or a homepage design if you’re hiring a web designer.

If things go well then you can continue and do more work together to develop the full brand or website. And if you don’t like it then you can both walk away with the knowledge that you and the designer have treated each other fairly.

It’s important for designers and their clients to treat each other with fairness, respect and understanding. That’s how you can get the best from your working relationship and how you get the best designs for your business. Creating free sample designs is in no one’s best interests, so please don’t be offended if your designer refuses to do it. 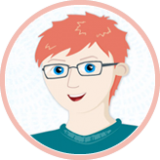 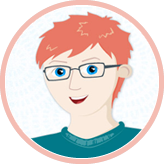